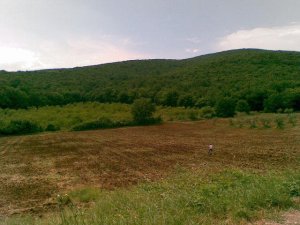 Sometimes it is needed, a week somewhere between the hills, embraced by the olive trees, grass, and birds singing, sometimes it is simply needed to rediscover the wild animal within you, to make it emerge and push you into the unknown. Again. For the first time.

Beholding the work space, so warm and full of life, yet distant as a dream, you ask yourself: what is it that makes it so alive … what makes it your Home, the kind of Home that enters you and stays within you, wherever you are. People. Nature. The work.

You realize that there is no place where you can hide. Not from yourself. Not from your fears, your longings. Not from what is important to you. And you wish you would never lose it, that something that you can never rally have. This is what makes you tremble a bit while you are walking on the edge between totally crazy and fully alive.

What is “sourcing within”?  For me, It’s an artistic process that fosters two phenomena: surprising one’s self, and artistic autonomy–artistic autonomy in the sense that we learn to look to our own bodes for inspiration. Within each of us flow images / sounds / dreams / memories / fears / impulses / desires that we have yet to (re)discover, so often constrained by day-to-day hesitations, obligations, learned compartments. When through physical exercises, song, text, or play you seek and stumble upon your own unknowns, you surprise yourself, your body demonstrating capacities you never knew it had. But for me the true import of sourcing within doesn’t come solely from this personal search: it’s in the collaboration between the members of the workshop and the discoveries we share as we play, listen, and propose together. During my six days at Vallenera, we nine wild creatures sourced within together, and collectively found a way to redirect our discoveries outward, and manifest them for each other. And that is the actor’s work. 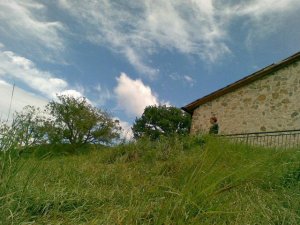 …Gey Pin Ang was able to cut through knots rather than become tangled up in them, herself doubtlessly capable of the heights of inspiration and expression she brought out in others.  Her manner of working was incredibly direct and yet nurturing.

…It is at the same time, and typically, very hard to communicate the sense of what the work did, as it encompasses a different plane of existence and experience which is at a very deep and fundamental level.

…It is Gey Pin Ang’s own heritage and cultural and physical understanding, as well as her undoubtable prowess as a performer which informs the work.

…It was the best experience I have had as an actor, or in a workshop, or with a director, and I have been planning and working towards being an actor for nearly twenty years.  It made me realise that there is a real way to becoming what I have dreamed of for so long, that there is still a path to follow and create.  It was an extremely meaningful experience for me, and a great learning experience, and one I hope to extend by working with you again in the future.  I will definitely be seeking to work with you again in the future.  You are such a good inspiration. 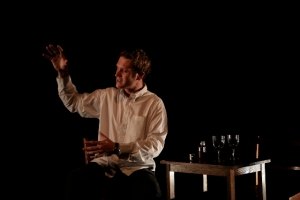 Gey Pin Angʼs work has to do with this flow, and yet she also has the experience of having worked intensively at the Workcenter of Jerzy Grotowski and Thomas Richards.    And therefore has a thorough and comprehensive background in working on Stanislavskiʼs Physical Action and on the actorʼs craft and technique. There is a possibility of flow in action and text, which can reach depths of resonance, and transcendence not normally possible within the confines of the commercial model of theatre. Text and song are in essence tools on yourself as an actor in action. Song is but a form of meditative prayer in and of itself, used to summon deeper elements in our bodies and souls.

I have attended several seminars with Gey Pin and what strikes me every time is her way of guiding the work, a mode that pushes the body to follow the flow of movement and to satisfy the impulses and forces that arise. “Follow, follow … do not stop” are the words that often return (to me) , as an impetus to follow the directions that the body opens and the associations that arise, to come in contact with your centre (heart) and feel the life that passes through us.

In her work, there is a very strong sense of the group, an active participation in the creative process of each one, a continuous involvement, a game of sensitive relation with the others, that dampens the resistance and awakens the attention to the present.